Beach or Park in Barcelona Barcelona

Barcelona is an amazing city, not just for the culture and nightlife but also for laid back lifestyle which so many people enjoy. Fitness and stress relief is a major factor in many peoples life’s and for anyone who takes a yoga class on a regular basis you will know that it’s a great way to achieve both of these goals. As you roam the streets of Barcelona you will notice many amazing parks and beautiful beaches in around the city which create amazing settings for the perfect yoga class and so with that we have organized private group yoga classes which are held either on Barcelonetta beach, Park Cituadella or if you prefer we can also hold the class in our studio.

Our private yoga classes last for 1 hour 30 minutes and start with a short warm up session to loosen up the muscles before continuing with the class. You and your friends can choose whether you would like to take the class on the beach, in the Parc or in our studio. Yoga mats will be provided, all you need to do is arrive in comfortable clothing and we would suggest that you bring a little bag with a towel and a bottle of water to keep yourself hydrated.

Our professional yoga instructor took his first Hatha yoga class on Miami beach in 1993 and eventually in 2003 decided to start studying as a teacher. In 2004 I was teaching in Vancouver Canada and continued to search for the teacher training courses which were right for me. He has also completed a courses in the USA ,Canada ,the U.K ,Ireland and in Spain where he studied Anasara yoga, Asthanga and yoga Dyamico. He also went to India in 2011 for many months to train at yoga vinyam patham where he completed their Traditional Hatha teacher training course. After that then studied Kalari Martial Arts in Vypeen Island Karala India. Derik is now a Yoga Alliance registered teacher and has lived and teached yoga in Barcelona for the past 5 years.

Start Time: Anytime between 10am - 6pm
Duration: 1.5 Hours
Running: Every day of the Week 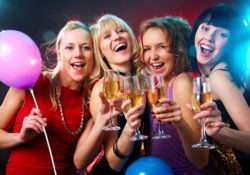 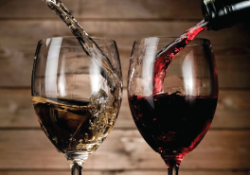 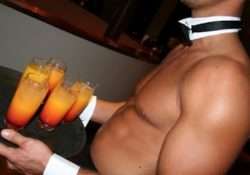 Butler in the Buff Barcelona

Champagne & cocktails made by your very own naked butler 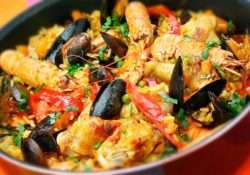 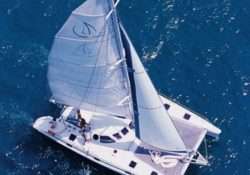 SEEN SOMETHING
OF INTEREST?

Feel free to contact us with any questions you have.

Are you Booking or Reserving a space for one of our Activities, Events, Tours or Barcelona Bar Crawls? Simply inform us of the events or activities you’re interested in, how many people will be attending, the date of your arrival and a contact name and phone number. One of our advisors will be in contact with in the next 24 hours.